The Vankyo Leisure 510PW projector is a majorly upgraded version of the original 510 model. It now offers a full 1080p native resolution over the 768p found in the original projector. On the functionality side there’s a WiFi feature that can be used to wirelessly screen mirror your smart devices. Image quality has also been enhanced with an impressive 8,000:1 contrast ratio versus the 3,000:1 of the previous model. Overall you can already see a lot of improvements, but is there any other important things to be aware of? You may be sitting there wondering what these things even really mean. 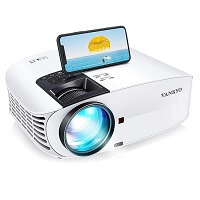 It’s easy to throw numbers out and assume the projector that has the biggest numbers is the best. There are so many different aspects of a projector to consider including what inputs are available, image quality, audio capabilities, and more. It’s also important to note that not everyone will have the same ideal projector. Do you care about screen mirroring or would you not even use that? Does the projector need to offer a component input? I’ll start to review the resolution section first and try to clearly explain what everything actually means.

There are several key things to understand when talking about resolution. Firstly, companies seem to love stretching the truth when talking about this specification. Many projectors, even low-end ones, state that they can “support” 1080p. This is technically totally true but it isn’t very honest since the internal rendering of the machine is typically much lower. You can have a native 480p projector that can support 1080p, but it’ll be much blurrier than a true native 1080p machine. You need to search for the specific term called “native resolution”. 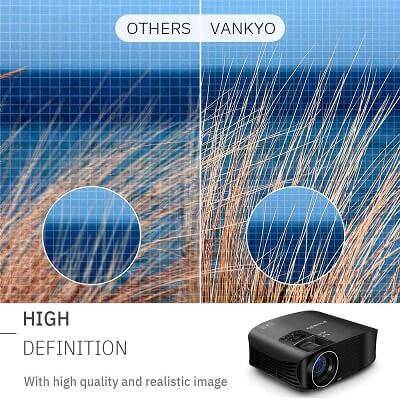 You’ll be pleased to know that the Vankyo 510PW has a native resolution of full 1920×1080. This means that the overall picture quality will have much more clarity than a projector running at native 480p or even 720p. Fabrics, textures, and objects will appear sharper from every media you decide to use with your projector. It’s especially important if you plan on enjoying HD movies or modern video games. Do you have a new PS5 or Xbox Series X/S? You’ll notice the difference of the higher native resolution. Imagine watching a movie or playing your favorite games on a giant 120″ screen, the higher resolution helps here.

The contrast ratio is what determines color saturation, and also how vivid the entire picture will look in general. Having a higher rating means every color will appear more striking and deep. To explain it simply, the numbers in the ratio actually refer to the range between the color white and the color black specifically. A projector with a higher ratio will show better colors.

The rating of the 510PW model is an impressive 8,000:1 which is much better than the 3,000:1 found in the original 510 model. This will give you a more pleasing viewing experience. It’s also a big benefit for all media types including gaming, live-action content, and animated content. I should point out that most movie theaters only have a contrast ratio of 500:1 in comparison.

Usually when you want to share content from your smart devices you need to have a physical cable. That’s not the case with the Vankyo 510PW thanks to its wireless capabilities. The projector supports both 2.4GHz and fast 5GHz bands. Most modern devices are capable of using 5GHz and this will give you faster streams with less buffering and fewer delays. 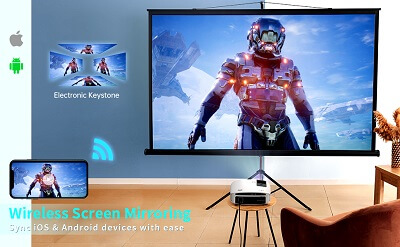 Imagine having people over to visit and you want to easily show them a photo, picture, or a new app you love. Previously you’d need to be near the projector and use a cable between the machine and your phone. Now, you can just connect wirelessly and your entire screen will be shared and mirrored onto your wall for your friends and family to see. If you like the idea of sharing content with other people this might be a super convenient feature for you.

Getting a projector that offers the right connectivity is really important. What good is a well-spec’d machine if you can’t even plug in the devices you want? Thankfully the Vankyo 510PW supports a huge range of devices due to the abundance of ports on the back. The ones you’ll be using the most will likely be the TWO HDMI ports. Almost every modern media device utilizes this input and having two of them will help prevent you from constantly needing to swap between devices. With two HDMI ports you can plug two separate devices in at the same time. Something like an Apple TV, Roku box, or Amazon Fire Stick and also your favorite video game console such as a PlayStation 5, Xbox Series X/S, or Nintendo Switch.

There are two USB ports, with one of them being capable of providing 5V of power. This is perfect for any media sticks that require additional power to function. Just plug your Roku or Fire Stick into the HDMI port and use the 5V USB to power the device.

Another nice feature of the USB ports is the support for video playback directly from a flash drive. This means you can load video files onto a USB drive and play those videos back without the need of additional hardware. The file formats supported are detailed below in the summary section. There’s also an SD card slot you can use for the same functionality in case you have some SD memory cards laying around. This would be great if you want to keep a movie collection plugged into the projector at all times. 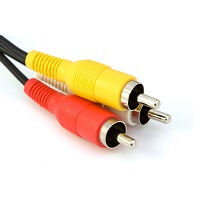 There are a few older ports available as well to further improve the functionality of the projector. The first is the AV/Composite port, you’re probably familiar with this input, it’s the ancient yellow, white, and red coded ports from the 90s and early 00s. If you have older video game consoles or just love watching VHS tapes this is your dream port. Go ahead and plug in your old Sega Genesis and watch your VHS copy of Star Wars (The way it was originally meant to be, right?)

Aside from the composite input you also have a classic VGA port. This is for presentations and archaic computers. Be aware that this port doesn’t carry an audio signal, it’s a video-only port so you’ll need to use the audio out port to hear any sound. If you have an old computer and want to turn it into an all-in-one media center, you might consider using the VGA port.

It should be obvious that there isn’t much space inside of projectors to fit large speakers. However, the 510PW model does include 2x 3-watt speakers that give you stereo audio and could do an adequate job in most cases. If you’re looking to have a true home theater experience you have a few different options.

First, you can plug in a sound bar or external speakers via the audio/AUX out port. This is a standard 3.5mm jack, I mean, you could plug headphones in as well if you didn’t want to disturb anyone else around you.

You can also purchase an additional accessory that takes the HDMI signal and splits it into analog audio and SPDIF. This can be handy for older speaker systems you may have. You can view this type of product here on Amazon: J-Tech Audio Extractor

One drawback of many older projectors is that you need to buy replacement lightbulbs after sometimes only 3,000-5000 hours of use. These bulbs can cost quite a bit as well and drive up the overall cost of owning a projector.

The 510PW model is an LED-based machine that is capable of lasting up to 50,000 hours of use. This is a pretty huge difference and could save you some money in the long run. We can do some quick math, using the projector 5 hours a day would be just over 1,800 hours per year. So, hopefully you’d have a projector that would last longer and you wouldn’t need to be worried about replacing bulbs or wondering when the light would go out. Having that worry might even make you not want to use your projector as often.

When setting up any projector it’s 100% imperative that you remember to adjust the focus wheel and the keystone alignment. These are easily found on top of the machine and you’ll need to adjust both of them every time you move your projector. This is because the projector can be placed at varying distances to your wall. Setting the projector further away will require a different focus level than if it’s closer to your wall. If you’ve ever used binoculars before it’s a similar concept.

The focus wheel should be clear as to what it does. You’ll use this to sharpen the image. You may have to spin it left or right until the picture appears nice and crisp. The keystone alignment is used to make the image “squared” against the wall. For example, imagine setting the projector at an angle to the wall. The image would look slanted, this keystone feature will adjust the angle of the picture so that it’s level and straight on all sides. There’s a manual wheel on the machine that can change the alignment up to 15 degrees and a digital keystone in the menu that can adjust ±64° horizontal and ±36° vertical.

The Vankyo Leisure 510PW offers some outstanding value and impressive performance overall. There’s plenty to like about it since it’s a true full 1080p projector with a pretty high contrast ratio and supports a huge range of devices. You can plug in almost any type of media into the projector and it’ll be supported somehow. 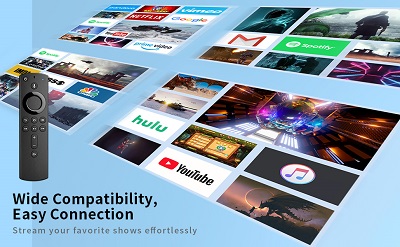 The fact that it’s an LED-based model that lasts up to 50,000 hours means you won’t have to be constantly buying replacement lightbulbs for it. I mean, a lot of people seem to enjoy taking their projector outside even and having a movie night in the backyard. You’d be able to do that sort of thing with this versatile projector.

There are plenty of questions to ask yourself right now to figure out if this is the right projector for you. Do you want to share content from your phone or tablet? Then the wireless screen sharing is perfect for you. Do you want to play your favorite games at full 1080p? Well, this is a native 1920×1080 model that can provide that. It’s a massive upgrade over the older 510 model and honestly I’d probably recommend it as an alternative to the V630W. Either way, this is a solid entry into the higher-end Vankyo line and definitely something to consider if the features fit what you’re looking for in a projector. If you want to consider another model I’d suggest the Vankyo 530W.

If you’re also searching around for the latest prices and offers I’d highly recommend visiting the Amazon links below. You’ll be able check the currently running promotions and the newest deals. One tip though, be sure to add the product to your shopping cart so you can view a complete total price including any coupons or various things.